Inspiring youth to bravely speak up about mental health

When Vanessa Oliverio stood up to speak at the HEADSTRONG Summit in Dawson City, Yukon, she was facing an audience of her high school peers and friends. If that wasn’t daunting enough, the story she was about to share for the very first time was about her own mental health struggles.

“It was nerve wracking and anxiety inducing,” says Oliverio, but she says speaking up was worth it. “Mental health is something you shouldn’t be ashamed of. It’s something that is important to discuss and spread awareness about, because everybody has mental health. It should be something that we talk about and are passionate about to make sure that people with mental illness or people who are going through trauma have a place to talk.”

After sharing her story, she says she felt empowered and completely relieved.

A summit against stigma

An evidence-based anti-stigma initiative, HEADSTRONG has been teaching students how to become mental health champions in their schools since 2014. Recognizing that the Yukon needed more programming around mental wellness for youth, the HEADSTRONG summits offered a solution.

“HEADSTRONG is amazing in those connections people are making at the summit,” says Tiffanie Tasane, Executive Director of the Yukon Division of the Canadian Mental Health Association. “You can see the lights going on for kids, that they’re not the only one, that somebody else is brave enough to talk about it and maybe they could be brave enough to talk about it, too.”

The power of sharing

Tailored to youth ages 12-18, the summit brings together students in small groups for a full day of activities. In Dawson City, this included an activity where students were asked to share the words they think of when they hear mental health or illness, including words they know they’re not supposed to say. 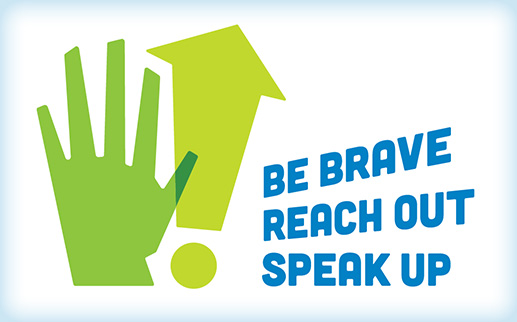 Afterwards, three community members got up to share their real-life stories about mental health and recovery. Students were then asked to revisit their word list. When they were asked if the language was accurate to describe the person they just heard speak, the reaction was swift.

“They’re like, no, no, no, that’s not how I would describe them,” says Becky Hill, coordinator of the summit. “Then we say, OK, how would you describe this person? And that’s when we often hear words like brave, courageous, strong, determined.”

Finally, the youth make an action plan of concrete ideas they can bring back to their school.

The next generation of mental health advocates

When Hill reached out to the school post-summit, they said they had noticed a change. “Students are using the term coping skills and are reaching out to their peers when they notice something’s changed or different. So I would say that that’s probably the biggest impact—it’s not just the person who needs the help that’s reaching out, but it’s people reaching out to that person.”

For more information about HEADSTRONG, please visit their website.